My wife and I really enjoy watching “The Good Wife” on CBS.  While it has ongoing serial plots, it is basically a “case of the week” legal drama.   While there is dramatic license and everybody gets in front of a judge in about five minutes (unlike the real world), the cases are often fairly realistic and drawn from real-world problems.  Last night’s episode waded into the waters of employment law.

The episode centered around the main character (Alicia) representing some employees of a high-tech company that agreed as a group not to sign their employment contracts without some major changes to their working conditions and pay.  The company responded by firing the employees.  Alicia decided that she would fight the terminations by invoking the National Labor Relations Act, stating that the employees had engaged in “concerted activity” with the intent to form a union.  The two sides had a hearing before an administrative law judge at the National Labor Relations Board the next day (not very likely), and eventually won the right to hold a union election.

Meanwhile, Alicia’s legal assistant overheard much of the discussion about working conditions during the meetings with the firm’s clients. She decided to organize the firm’s legal assistants and petition the partners for increases in wages and benefits.  Alicia was caught in the middle.  She wanted to help the assistants, but as “management,” she had to protect the firm’s financial position. In the end, the partners “cut off the head of the snake” and gave the two ringleaders of the assistant group some extra perks.  Doing this stopped the “rebellion” by the assistants.  This felt like a rushed way to end the story and definitely not realistic.  Once a group has a the idea that they are being mistreated at work, they tend to not let things slide.

What the show failed to address is that legal assistants and paralegals are generally entitled to overtime when they work more than 40 hours per week, and also may be entitled to other wage and hour benefits under state and local law.  If you are unsure whether your current or former position entitles you to overtime, contact me at 678-242-5297 to discuss your rights. 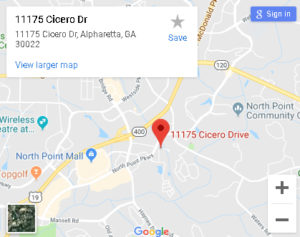